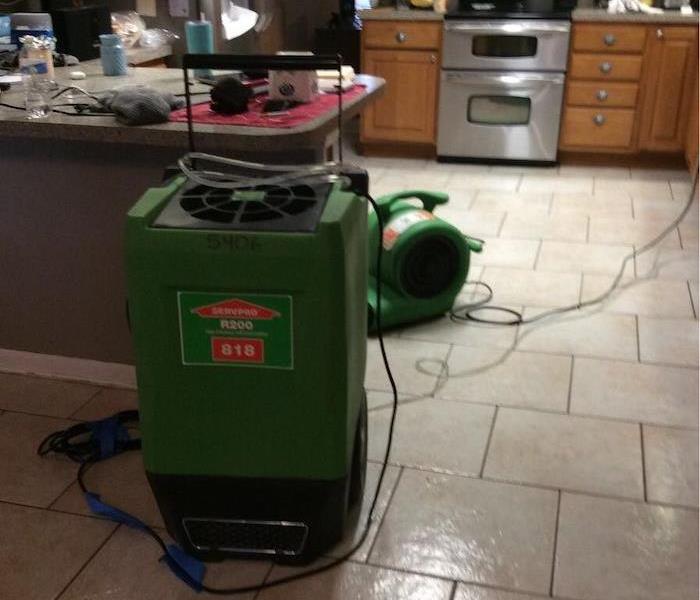 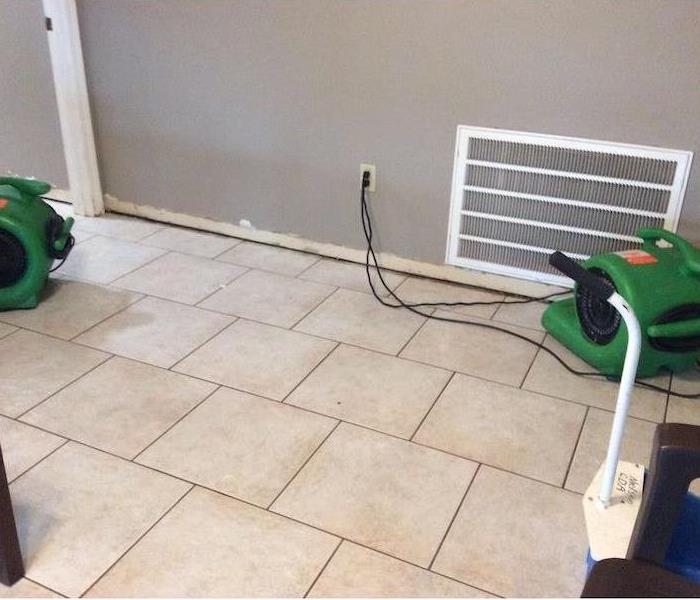 A water heater in New Orleans was the source of a huge water damage issue. The homeowner brought in SERVPRO as they discovered water under the tiles in the kitchen. When thirty or so gallons of water gets released in a home, it migrates rapidly throughout and this home was no exception. The techs used their detection equipment to determine areas where water was behind the baseboards, fortunately, the cleanup began so rapidly that very little of it wicked into the sheetrock on the walls and only the baseboards required removal for drying. The techs deployed more than 20 air movers along with three industrial dehumidifiers to dry and bring down the interior humidity levels rapidly.

View More Before & After Photos