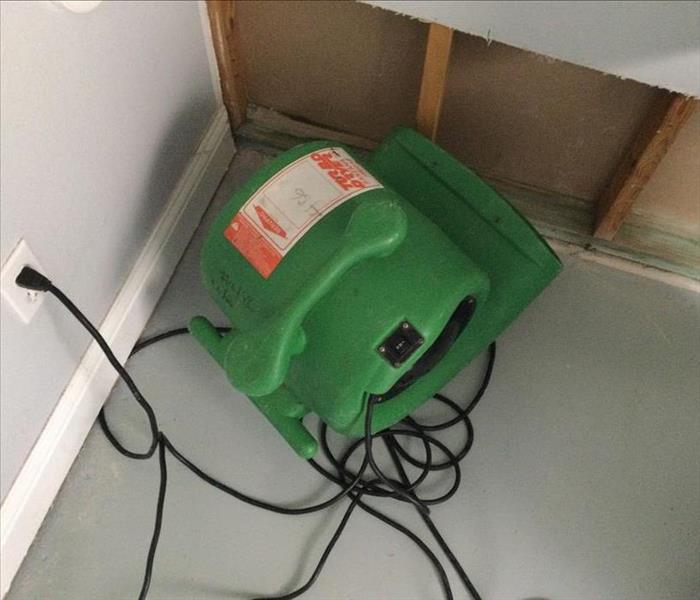 SERVPRO has IICRC certified trained technicians with the latest in technology and equipment at their disposal.

New Orleans is situated in the southeast region of the United States along the Mississippi River in the state of Louisiana. It is the highest populated city in the state. In 2019, it hosted an estimated population of 390,144.

New Orleans also serves as a major port, and for this reason, business experts consider it as the economic and commercial hub across the broader Gulf Coast region.

The distinct music, unique dialect, Creole cuisine, and the annual festivals and celebrations in New Orleans contribute significantly to the city’s popularity. Most people across the United States describe the city as unique because of its multilingual heritage and cross-culture. Due to the city’s prominent role in pop culture and film industry, people call it “Hollywood South.”

The history behind New Orleans

The French colonists founded New Orleans in 1718. Before the city was traded to the U.S in 1803 in the Louisiana Purchase, it was the territorial capital of French Louisiana. In 1840, the city was the largest in the American South and the third-most populated city across the U.S until after the Second World War.

New Orleans is among the top ten most visited cities across the U.S, according to current travel guides, with a record of over 10.1 million tourists in 2004. The city is rich in several tourist attractions, including St. Charles Avenue, also home to St. Charles Streetcar Line, Loyola, and Tulane Universities, as well as the Pontchartrain Hotel, among other attractions.

The city is also famous for its elegant decay, which are the remains of structures that have fallen into total disrepair because of acts of destruction like the 2005 Hurricane Katrina. Also, historic tombs above the ground and cemeteries attract tourists, with the famous one being Saint Louis Cemetery.

Flooding history in the city

Historically, New Orleans has been vulnerable to flooding since it is located close to several multiple water bodies, has low-lying elevation, experiences high rainfall, and poor natural drainage. To protect New Orleans from flooding, the federal authorities, as well as the state, have put up drainage pumps and a unique system of levees.

In August 2005, Hurricane Katrina affected the city severely. Over 80 percent of the city was flooded and displaced most of the residents. That led to a population decrease of 50 percent. After Katrina, the redevelopment efforts across the city attracted more people leading to a population increase.

A few inches of water in your property can create severe water damage within a brief period. A certified restorer like SERVPRO can reduce these harsh effects. We are available around the clock, including on holidays and weekends, to minimize the damage and get your life back to normal.

We provide our customers with an on-site evaluation and begin restoring the affected area. Our restorers also work closely with our customer’s insurance company to ensure a hassle-free experience.

We use advanced equipment and unique techniques to ensure effective cleanup. We can use structural cavity drying equipment to dry hard to reach areas and inspection cameras and borescopes to determine the effectiveness of the process.

After a water intrusion incident, hire a reputed restoration firm like SERVPRO of The New Orleans Westbank for fast and effective water cleanup. Talk to us today at (504) 348-7526. We’re Faster To Any Size Disaster.