How Can New Orleans Restaurants Recover from Fire Damage? 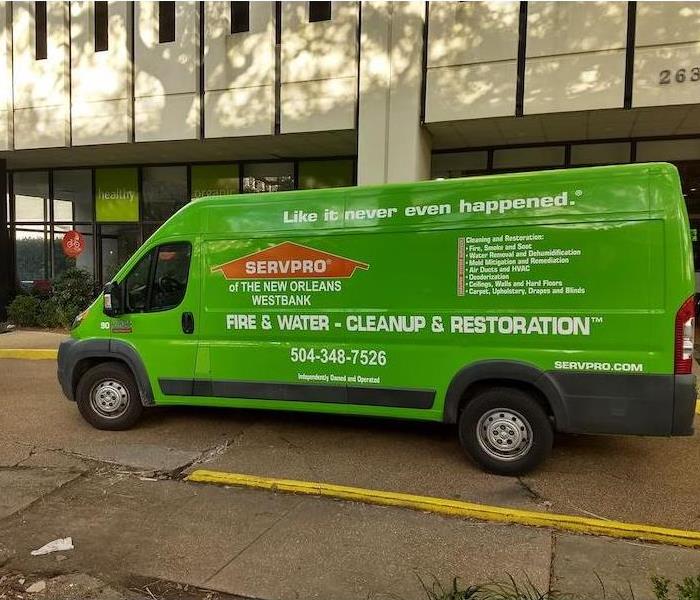 For fire remediation on your commercial property, contact our experienced team at SERVPRO.

Many colorful events and traditions make New Orleans an intriguing and festive city in which to live, visit, and, perhaps most iconically, dine. What are the historical forces in play that give NOLA its reputation as one of the world's most ideal places to enjoy a variety of both classical and innovative food experiences that define the Big Easy cuisine?

What Are the Foundations of the Foods Served Today in New Orleans?

Food historians realize that an area's cuisine can reach back hundreds of years, if not millennia. For example, long before the Creole and Cajun influences that are ubiquitous today in New Orleans, Indigenous people hunted, farmed, fished, and thrived in the region. Because of experiences they had as trappers in "New France," part of what is now Canada and the United States north and east of New Orleans, New Orleans's founders, the Le Moyne brothers, chose to learn in 1718 how to eat in an area foreign to them from earlier populations. As common in human history, the colonizing French took careful note of what the Chitimacha, Atakapa, Caddo, Choctaw, Houma, Natchez, and Tunica inhabiting proto-New Orleans chose to nurture and gather for food. The original inhabitants were doing the following, among other things, to provide food stores:

Why Is Eating What the Land Already Provides Important to the Evolution of New Orleans Cuisine?

Essentially, the first citizens of New Orleans were locavores, anticipating a movement 300 years in the making. Developing a cuisine reliant upon the fruits, vegetables, and protein sources naturally available ensures a menu of food unlike that found elsewhere. Although routinely imitated in other regions now, the Creole and Cajun cooking found in New Orleans dining venues was unique and became indistinguishable from other features that make the city a one-of-a-kind experience.

What Were Other Elements that Shaped New Orleans' Food Culture?

After its founding by French trappers in the early 1700s, it was not long until France ceded the city to Spain. France lost the French and Indian War in the Western Hemisphere, giving up New Orleans in the Treaty of Paris. From 1763 until 1803, the city's cooks absorbed Spanish influences, including a robust interest in exotic spices and a love of rice. Meanwhile, various wars and skirmishes occurred among the Spanish, the French, and the young United States:

Napoleon Bonaparte forced Spain to return Louisiana, including New Orleans, to France through the secret Treaty of San Ildefonso in 1802. President Thomas Jefferson worked to establish US control of the lands, now again in the hands of the French, negotiating the Louisiana Purchase, signed on April 30, 1803.

What About the Influence of African Foods and Cooking Traditions?

African chattel slaves arrived in Louisiana with the French in 1710, after capture as plunder during the War of the Spanish Succession. After the founding of New Orleans, more than 2,000 Africans were forced to New Orleans between 1717–1721. The enslaved Africans were familiar with rice horticulture and the successful raising of a rich variety of other foodstuffs. This background enhanced the local options and brought different ways to prepare meats, fish, and vegetables, still representative of how food is made in NOLA today.

What Are the Differences Between Creole and Cajun Cuisine?

People who identify as Creole often trace their heritage to the founding of New Orleans by both recent French and Spanish settlers. Indigenous peoples and enslaved Africans and their descendants are also part of the Creole community. Typically they are associated with the city itself. Conversely, those who consider their background Cajun have roots in the Acadia region of Canada. They traveled to rural Louisiana near New Orleans after British settlers pressured them out.

Are There Other Elements and Food Traditions Rounding Out New Orleans Cuisine?

New Orleans grew into an important shipping center, with commodities like coffee, tropical fruits, and spices passing through and enriching the food scene. Labor shortages after the Civil War encouraged immigration from Italy, China, and the Philippines. Vietnamese immigration swelled in the 1970s after the fall of Saigon. All of these groups brought foods that added to the robust restaurant scene already in place featuring Creole and Cajun foods. After Hurricane Katrina, rather than disappearing in the rain, winds, and destruction, New Orleans cuisine resurrected, determined to fold together the many food-related traditions found nowhere else on earth.

Can NOLA Restaurants Arise from the Ashes After a Kitchen Fire?

When your New Orleans restaurant suffers a kitchen fire, you need a professional response that gets your crew cooking the distinctive NOLA cuisine you are known for again with minimal downtime. Fast response from highly-trained professional technicians is essential. Do not rely on your own staff or cleaning company to deal with the lingering smoke, residues, and odors.

What Should Restaurateurs Look for in a Fire Recovery Company?

When you need fire cleanup in your New Orleans restaurant, SERVPRO meets your needs for a company and technicians that are

Call on the SERVPRO of The New Orleans Westbank to deliver comprehensive fire cleanup services for your restaurant. We are poised to help 24/7 after your call to (504) 348-7526.